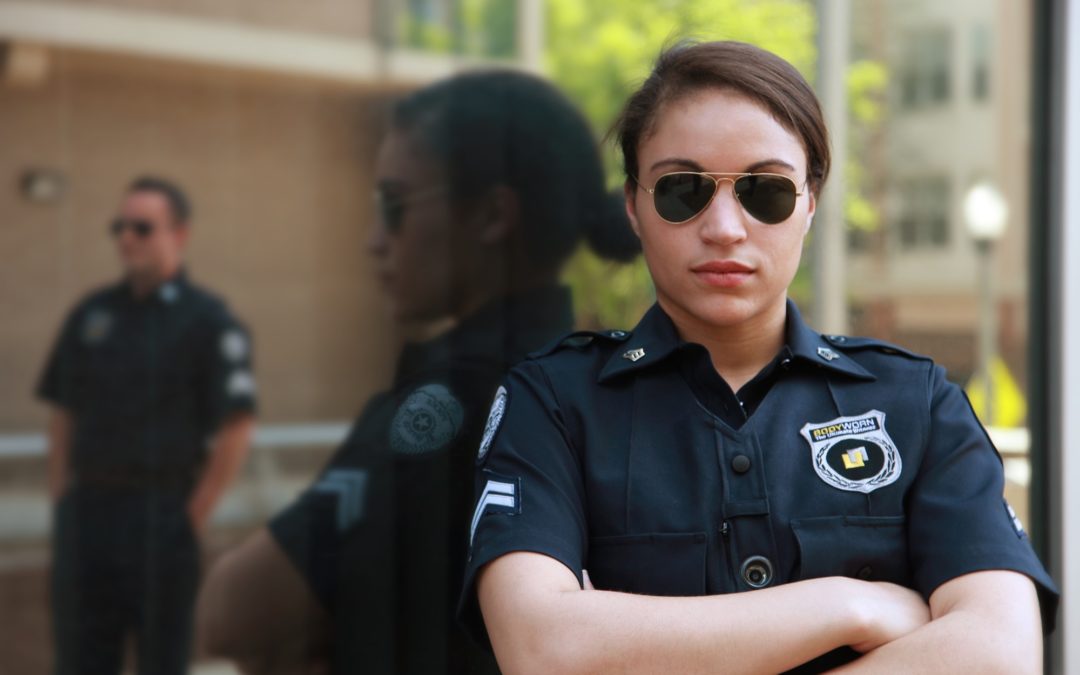 There are many work industries dominated by men, including the security guard industry. As of now, only 31% of security guards in the United States are female.

Why is the security guard industry dominated by men? Are there not enough security options for women? Here, we will dive into the topic of female security guards to understand why there are disparities and find ways to make the security industry more inclusive.

Why Is the Security Industry Dominated by Men?

While there are female security guards, the industry is still dominated by men. In addition, more women are showing interest in a variety of security roles. But women still face barriers with security guard options.

Why is this? We can look at tradition as the main culprit. Throughout the last few decades, men held security positions. The myth was their larger frame made them more suitable for the job. It was also believed that the position was too dangerous for women.

There are also many myths that affect the gender inequalities in the security industry.

Has the security industry kept up with the times? There are many myths that restrict a woman’s ability to excel as a security guard.

Myth: Only Men Are Strong Enough for the Role

In some cases, size and strength do matter to the security guard role. But the myth is men are stronger than women. In reality, a woman can be as strong as a man. While men do gain muscle and strength faster, women can still reach these same goals with the right diet and exercise routine.

Even then, strength isn’t the most important quality of being a good security guard. In fact, strength is only beneficial when controlling a large crowd, such as at a club or concert. Most security roles, such as corporate security, only require a skilled guard with a calm demeanor.

Myth: Security Is Too Dangerous for Women

With the right training, communication skills, and equipment, anyone can handle the security role — regardless of gender. In addition, most security settings aren’t high-risk areas. Security work is often needed in public spaces, private properties, residential complexes, and schools — these areas aren’t the target of serious crime.

Myth: Security Requires Too Many Hours

First and foremost, most women are willing to work long hours to excel in their careers. In fact, only 25% of mothers consider scaling back their hours.

Second, the fact that security work requires lots of hours worked and odd schedules (nights and weekends) is a myth. While entertainment roles and event security may require nights and weekends, most security roles operate in a 9-to-5 setting. Examples include security for government agencies, loss prevention in retail stores, schools, offices, banks, and more.

Some places require security 24/7, but this doesn’t always equate to long hours. A security company will bring many officers on board and these employees share the workload.

How to Open up More Opportunities for Female Security Guards